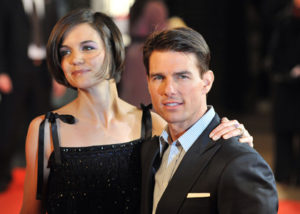 The marriage of famous celebrity couple, Tom Cruise and Katie Holmes, appears to be coming to an end as Holmes recently filed for divorce in New York.    The decision to file in New York has many people puzzled because the couple lived almost exclusively in Los Angeles, California.  The explanation is very simple – Holmes is seeking sole custody of their daughter, Suri.

As much of the media has reported, New York is one of the few states that disfavor awarding joint custody to divorcing parents.  Under New York Domestic Relations Law §240, a court does have the authority to award joint custody but, in reality, New York courts very rarely award joint custody after a trial.  If Holmes expects the case to conclude with a trial, then the decision to file in New York makes sense.  New York’s “all-or-nothing” approach to a custody determination after trial, with one parent receiving full custody and the other parent receiving no custody rights, ensures that one of the two will be awarded sole custody.  In California, on the other hand, where “TomKat” have spent the majority of their marriage, the courts are much more inclined to award joint custody after a trial than the New York courts.  Of course, Holmes’ decision to file in New York could backfire if Cruise seeks full custody and the court rules in his favor.

Effects of a Possible Divorce Settlement

With so much at risk in divorce for Cruise and Holmes, in terms of their custody rights, finances and the danger of exposing intimate details of the marriage, it is incredibly unlikely that this case will end in a trial with a judge making a decision.  The far more likely result is that the parties will eventually settle the case before any testimony begins.  If Holmes and Cruise agree to joint custody, then there is very little chance that the court will disturb such an agreement.

As a strategic matter, filing for divorce in New York does provide Holmes with a greater likelihood of receiving sole custody of Suri but, because it is likely the parties will settle the divorce well in advance of trial, the significance of that advantage is minimal.