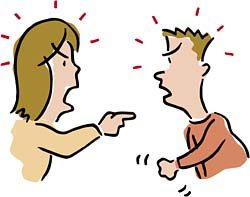 In 2010, New York amended the Domestic Relations Law to include “irretrievable breakdown” of the marital relationship as grounds for divorce.  Since the statute was passed, many have questioned whether a trial is required prior to granting a judgment of divorce when the defendant-spouse claims that the relationship is broken down irretrievably.

Trial courts have weighed in on the issue and the decisions have been inconsistent.  Some courts have ruled that a trial is not required and that the court has the authority to grant the divorce based simply on the allegations of the plaintiff-spouse that the relationship is irretrievably broken.  Other courts have said that the spouse arguing against the divorce has a right to a trial on the issue.  Until recently though, no appellate court has addressed the issue.

In Palermo v. Palermo, the Rochester trial court ruled that the husband-defendant did not have a right to seek a trial on whether the marital relationship was irretrievably broken.  In its decision, the court discussed the “History of New York’s No Fault Divorce Laws” and legislative history of the new statute and eventually determined that no trial was required.  The defendant disagreed with the court’s ruling and appealed the decision.  The Appellate Division, Fourth Department ruled for the plaintiff, writing simply:

It is hereby ORDERED that the order so appealed from is unanimously affirmed without costs for reasons stated in the decision at Supreme Court.

What does this mean going forward?

This decision means that for the counties in the Fourth Department of New York State, there is no right to a trial in order on the issue of irretrievable breakdown of the marital relationship.