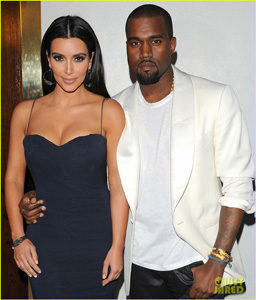 On December 30, 2012, Kanye West announced that his girlfriend Kim Kardashian is pregnant with their child.

Many are now asking if this pregnancy is going to affect the divorce and annulment litigation.  As discussed in an earlier post, it is believed that Humphries is seeking to annul the marriage because an annulment would mean that the prenuptial agreement and its confidentiality provisions are not binding.  If Kris is not bound by the confidentiality provisions of the prenuptial agreement, he would then be free to openly discuss any aspect of the marriage and the subsequent breakup and to profit from disclosing that information.

In reality, the pregnancy is likely to have very little effect on the in-court battle between the two but it might change the course of settlement negotiations.  To this point, Kim has been vehement in her refusal to consent to the annulment of the marriage as Humphries has been demanding, but now, she may be more amenable to the concept.  If Kim now agrees to the annulment, she and Humphries will technically never have been married. As a result, the child would not have been conceived / will not be born while Kim was married to Kris. If Kardashian prefers to distance herself and her child from Kris Humphries as much as possible, she may be more willing to consent to the annulment now.

Additionally, because Kim and Kris are still married, her relationship with Kanye West would technically constitute the crime of adultery in the states that still list adultery as a crime.  New York is among the states that still criminalize adultery but it is a crime that is very rarely, if ever, prosecuted in modern times.